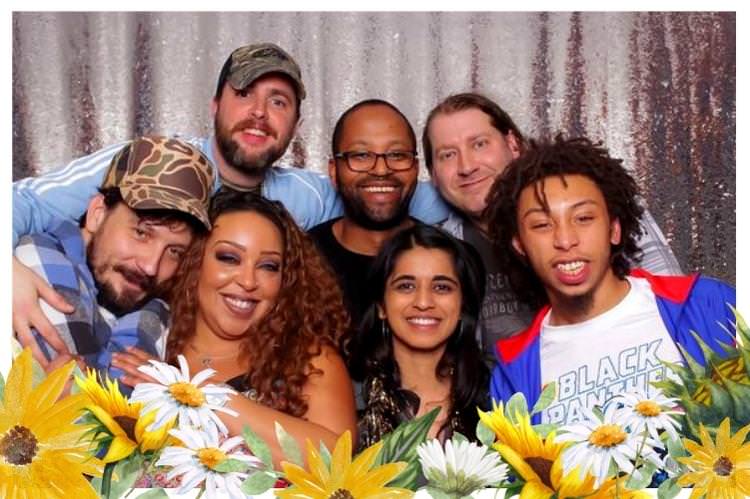 DOOR TICKET PRICES BEGIN THE DAY OF THE SHOW.

Wild Common is a genre-defying “New Appalachian” band out of Charlottesville, Virginia. Frontwoman Davina Jackson is a soul and gospel singer with a killer voice at the center of the band’s music. She used to sing back-up with the Wailers. Fiddle player Nate Leath won the famous Galax Fiddler’s Convention when he was 11 and has since grown into one of the most talented fiddlers of this generation. Drummer Rob Hubbard grew up in rural Virginia and went on to become an accomplished reggae drummer. Bassist Dhara Goradia has a long jazz pedigree. And songwriter and guitarist Brennan Gilmore has roots in old-time and bluegrass but has played fusion music across the globe.

In the late summer of 2017, all of these musicians from diverse musical backgrounds holed up at a farmhouse outside of Charlottesville to hash out some tunes. And immediately it clicked. They weren’t trying to force different genres on top or beside each other, but were just taking songs at their essence – a melody and harmonization – and constructing them by playing as their individual traditions and backgrounds formed us to do. The result is refreshingly new, but also strangely familiar.

Night Teacher plays from 6-6:45. Night Teacher is the project of lead singer-songwriter Lilly Bechtel, whose unique voice and poignant lyrics have combined with the sensibilities of producer and multi-instrumentalist Matt Wyatt to create a world that orbits delightfully between experimental folk, electro-pop, and alternative rock. Music writer Robb Donker writes of the group’s most recent single: “Wyatt’s percussive tones sort of feel like they are improvised, as if the group found things around the house to play with, which is what (for me) persists in making their texture so organic and interesting… Bechtel’s vocal aesthetic works perfectly as a storyteller; there is at once a sage presence in her powerful lilt, but it is also one that feels broken- as hopelessness and hope play a fierce game of tug of war.” Since the 2020 release of their debut record Night Teacher, the group has won the Music With a Conscience Series, been featured on Women of Substance Radio, and noted by the music magazine Relix as an “artist to pay attention to.” You can hear more of Night Teacher on Spotify, Bandcamp and iTunes, subscribe to their YouTube channel, follow them on Instagram or Facebook at Night Teacher, and stay tuned to upcoming events and releases at nightteachermusic.com