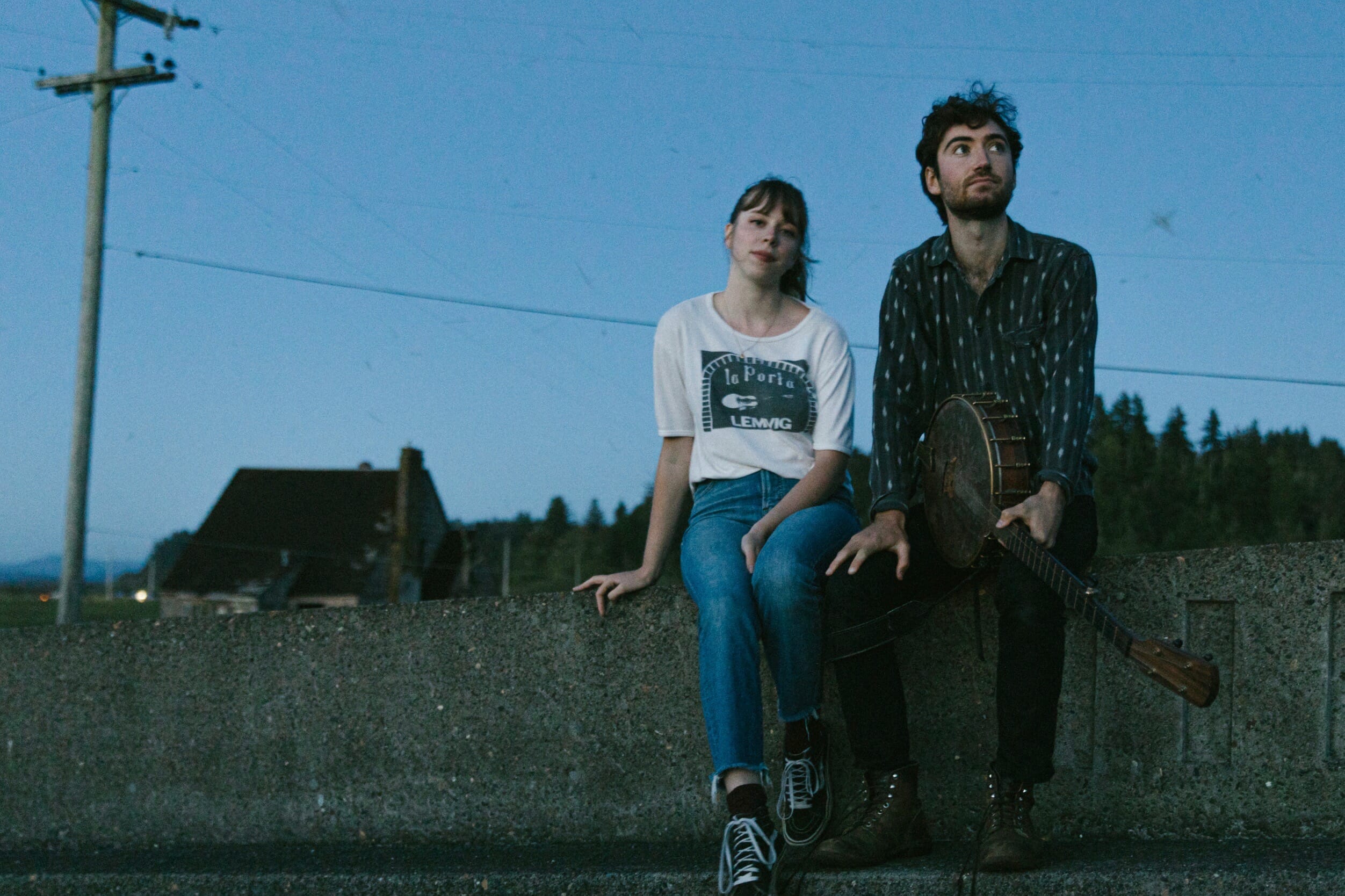 **Proof of vaccine required. Bring your vaccine card when you attend. (copy/photo is also acceptable)

Both Vivian Leva and Riley Calcagno, now just out of college, grew up steeped in old-time music, Leva in Lexington, Virginia and Calcagno in Seattle, Washington. After meeting in 2016 they soon collaborated on Leva’s debut record Time is Everything which Rolling Stone wrote “shone a light on the past without giving up its place in the present.” In support of the record, they embarked on an extensive tour that stretched to the most northern reaches of Canada and overseas to Europe. Over the course of these varied and occasionally lonesome shows and travels, the pair developed their collaboration into a distinct sound that led to the imagination and writing of their new eponymous record Vivian Leva & Riley Calcagno, out now on Free Dirt Records.

Vivian Leva & Riley Calcagno have emerged as two of the most promising young roots artists. Indeed, Saving Country Music writes that, “Individually, Vivian Leva and Riley Calcagno are already two of the most exciting, promising, and talented up-and-comers in most all of roots music, fluidly moving through old time, bluegrass, and classic country modes with an ease of execution, and displaying a passion for the enterprise of reviving old music that is infectious with the audience. Put them together, and they’re even greater than the sum of their parts, intertwining disciplines and influences seamlessly until it comprises a roots music symphony of two.” Whether they are playing as a duo or with award winning stringband The Onlies, it is clear that Vivian Leva & Riley Calcagno are deeply invested in the future of roots music.