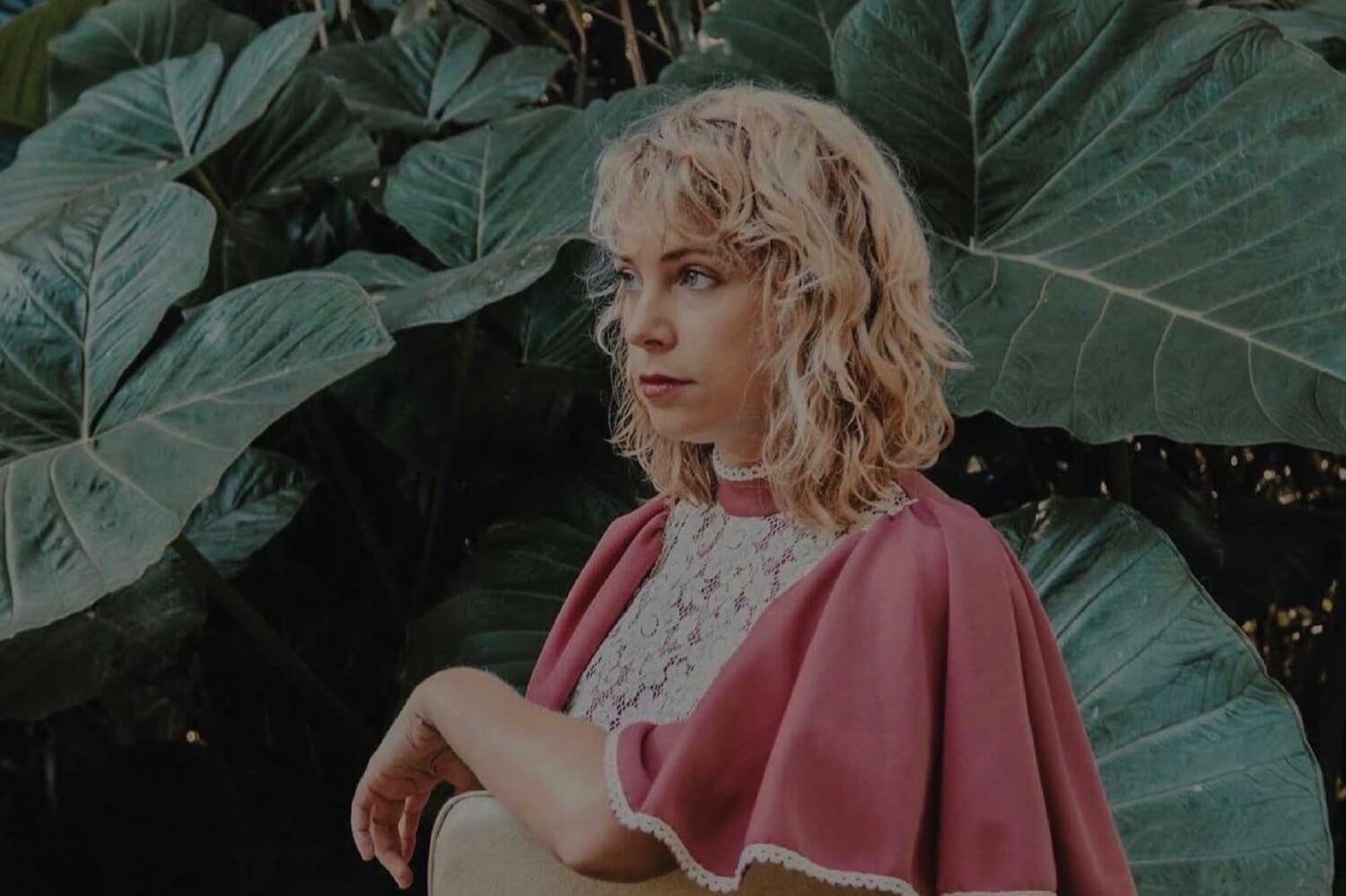 **Proof of vaccine required. Bring your vaccine card when you attend. (copy/photo is also acceptable)

K.C. Jones (aka Kelli Jones) out of Lafayette LA, is mainly known from her years touring with Cajun band Feufollet and in her duo with fiddler Joel Savoy – but earlier this year she put out a fantastic solo album on Free Dirt Records called, ‘Queen of the In Between.’ This record takes a hard left from Cajun music and enters into more of the psychedelic-indie-folk territory. This Winter she is touring as a 3-piece band with Chris Stafford (Feufollet) on guitar / pedal steel, and Trey Boudreaux (The Revelers) on bass.

K.C. Jones moves so effortlessly between genres, traditions, and musical concepts that it’s clear she was born with an insatiable artistic curiosity. As a teenager, she emerged from a deeply musical Appalachian family to become one of the foremost singers, guitarists, and dancers in old-time music. Moving to Southwest Louisiana, she quickly learned Cajun French and began writing preternaturally gifted original songs in dual languages with progressive Cajun bands like GRAMMY-nominated Feufollet and T’Monde. Both of these jumping off points, what she casually refers to as “obsessions,” have fueled the music on her debut solo record, Queen of the In Between, due out June 18, 2021, but she also seamlessly references so much more, everything from classic country to psychedelic rock to contemporary indie roots singer-songwriters. Jones is a fearless bandleader, weaving together an opus that sounds remarkably cohesive. She’s roaming the halls of 20th century Americana synthesizing a century’s worth of music with ease. It’s not simply a meld of seemingly disparate influences; Queen of the in Between dazzles in its ability to speak to the universality of human emotion.