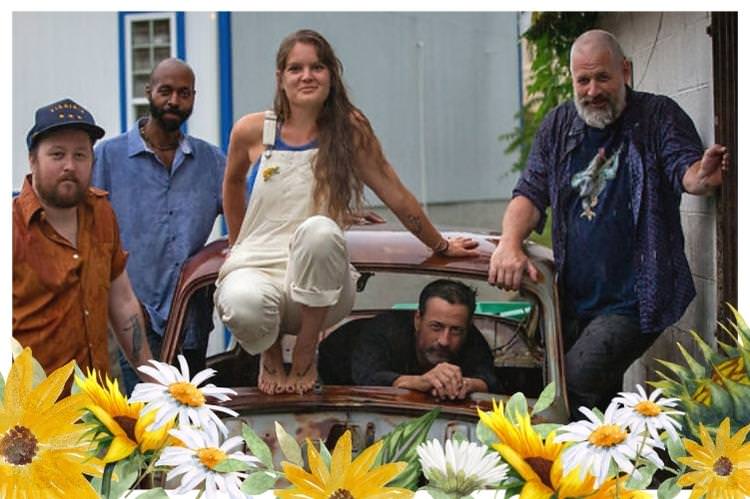 Chamomile and Whiskey came about like all good, simple things–by making two things into one. In the case of this group, Marie Borgman and Koda Kerl–native musicians of Nelson County, Virginia–combined chamomile tea with Evan Williams whiskey one evening. They decided that what they had made tasted like their sound.

Although the group has evolved since forming in 2011, it, like the subtle mixture of herbal tea and whiskey, has matured and found its own sly, subtle voice. If a band has feet, then Chamomile and Whiskey has both on them firmly on the ground. But if a band is a living thing like a plant–which the best bands are–Chamomile and Whiskey has grown from roots set deep in Americana, blues, Celtic, old-time and the singer-songwriter tradition of the south.

The group has developed a more electric sound with Drew Kimball on guitar and enhanced the foundational fiddle and guitar sound with drummer Stuart Gunter. Their last studio album was recorded in 2019 in Nashville by Ken Coomer of Wilco and Uncle Tupelo. It sounds like music that is lived in and lived through. Their sound tastes like Chamomile and Whiskey.