An Evening with Tony Trischka 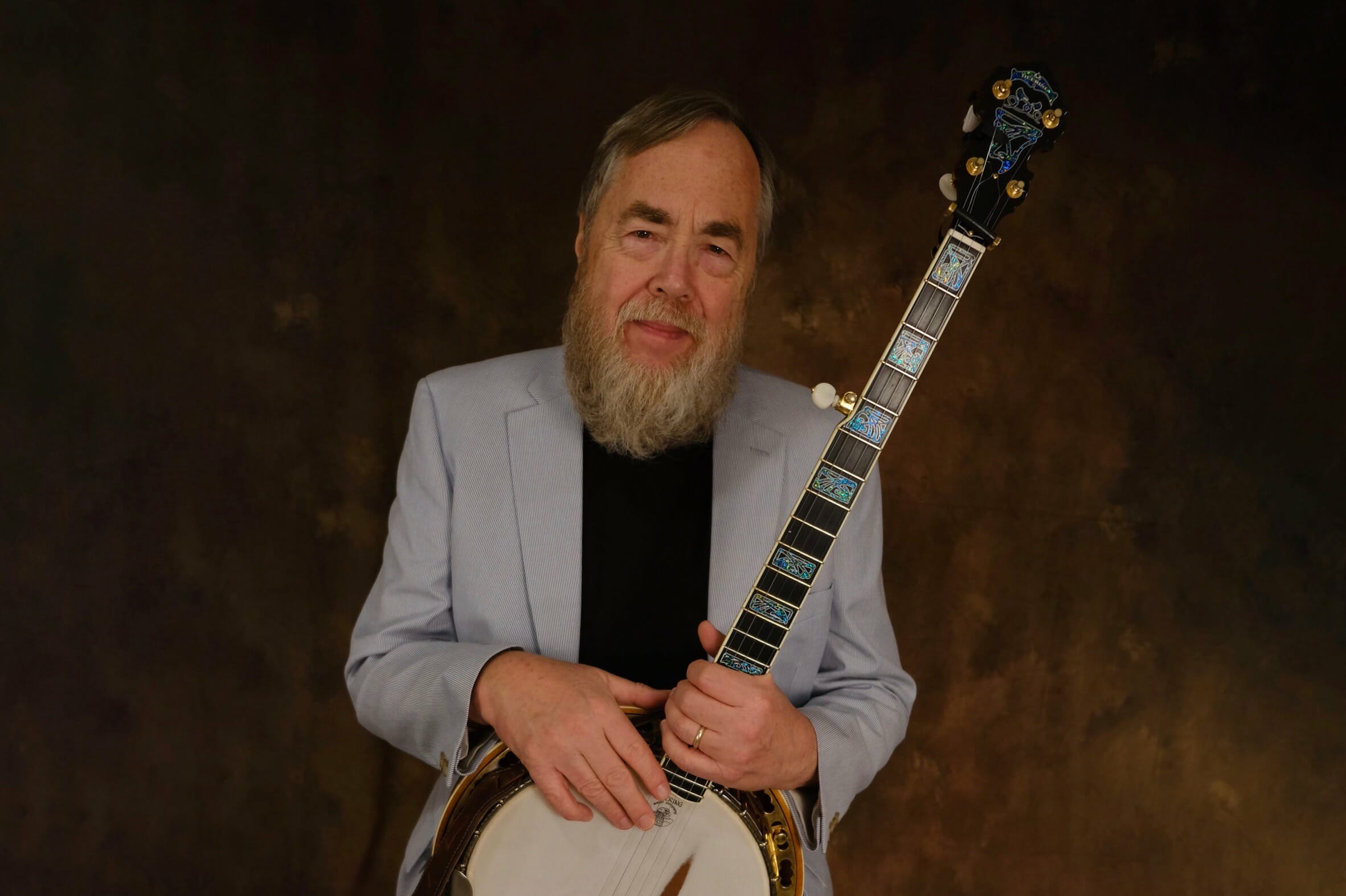 TICKETS ARE SOLD THROUGH POTTER’S CRAFT CIDER AND ARE AVAILABLE HERE.

Proof of vaccine will be required for this indoor show.

The Front Porch is excited to partner with Potter’s Craft Cider for this very special evening of music with banjo virtuoso, songwriter, and educator: Tony Trischka. For more information about Tony’s banjo workshop on November 2nd, click here.

Tony Trischka, known as “the father of modern bluegrass”, was born in Syracuse, N.Y., in 1949, and raised in a home filled with music. There were Broadway scores and a sweeping range of classical music, from Stravinsky to Beethoven. (The first thing Trischka learned to play on the banjo, in fact, was the Ninth Symphony.) The wide- open American vistas of Aaron Copland had an especially potent spiritual and visceral impact on him, as did the folk music his left-leaning father held dear. The Almanac Singers, the solo work of its founding members Woody Guthrie and Pete Seeger, and Lead Belly’s children’s LP were in constant rotation.

Trischka fell in love with the banjo by way of the Kingston Trio’s 1963 recording of “M.T.A.,” and was able to experience the New York-centered folk revival by trekking to the Newport Folk Festival in the early to mid-’60s. He moved to the city in the early ’70s and hit the ground running, settling in among a peer group of extraordinary musicians who saw American roots music as a thriving, living language that could be expanded and combined with other influences and sensibilities. Alongside other young masters like mandolinist Andy Statman and fiddler Kenny Kosek, in such units as Country Cooking and Breakfast Special, Trischka found his purpose. Jaw-dropping musicianship was certainly encouraged, as was comic and literary irreverence, earnest songwriting and a record shop’s worth of touchstones beyond bluegrass, from the avant-garde to fusion and R&B.

That’s essentially the m.o. that defines Trischka’s landmark solo debut, Bluegrass Light, released on the Rounder label in 1974. “For the first album,” Trischka recalls, “I was just doing what I loved, music I was hearing.” That’s a characteristically understated way to describe his synthesis of a vast swath of the 20th century’s most interesting sounds: bluegrass staples, Van Dyke Parks’ orchestral psychedelic pop, Coltrane, Eric Dolphy, the heyday jazz-rock fusion of Mahavishnu Orchestra, Chick Corea, Weather Report and Zappa, and more. Many other milestone albums followed, among them 1983’s A Robot Plane Flies Over Arkansas, which refined the eclecticism of Bluegrass Light and featured such West Coast newgrass royalty as violinist Darol Anger, guitarist Tony Rice and mandolinist David Grisman.

To BUY TICKETS – USE THIS LINK